The world of console gaming has enjoyed quite a successful run in the past few decades. Today, we will be looking at some of the very good reasons as to why you should be purchasing a PS4—all from the POV of gamers.

In the world of consoles, the PlayStation has been a part of many a gamer journey in growth and discovery. Many of us even had a first PlayStation as a part of our homes when it was launched in 1994. It opened a whole new world of gaming. While some may argue that the PS 4 (PlayStation 4) is not anything new, there are still some very, very great reasons on why you should get your hands on it.

Here are five of them:

It is super affordable

As the PS4 is not a brand new console, there are major discounts that are now attached to it. This does not mean that the console is substandard in any way. The mother company only wishes for the console to be more accessible for gamers of various economic standing.

A PS4 will now set you back around $325 but this will come with at least three games and several accessories. There is also a newer version of the PS4 that came out this year that is called the PS4 Pro. You may think that this is a bit pricey but for the performance and the titles, it is actually quite a steal. Also, if you compare it to the other consoles out in the market, you will find yourself facing quite the good deal with a PlayStation 4.

–
One of the best things about the PlayStation is that they launched the PlayStation Network. It was on that platform that Sony made certain game titles available in digital format. Back in the day, the PS console’s memory was reliant on memory cards which saved the game progress of players.

The PS4 has variations that reach up to 500GB in memory. So whole games and their progress are now saved into the unit itself. If purchased on the PSN, the platform also marks a particular game a part of the player’s collection for good. Not only does it help with the clutter but it makes sure that no matter where you are, you can access your games.

A common issue for some gamers is that there are some games that they will want to play again but cannot due to their old consoles being broken or lost. There is also the issue of the game discs being scratched. The PlayStation Network removes that issue for happening again by making the games readily available and digital.

With the advent of smartphones and tablets, the PS4 system rose to meet the tide and not shy away from it. The PlayStation 4 can be roused from its sleep mode through gadgets. If you have a Sony phone or even a PS Vita, you can utilize those in order to interact with the PS4 and even play games using those platforms.

Gone are the days where you have to be tied to a location to play with your game titles.

As always, there are certain games that you will only be able to play with the PlayStation 4.  The big name console companies often like to work with specific gaming studios that they know will help to usher in better sales. While this is not exactly the best reason to choose a console, often the consumers do not really have a choice in the matter.

Gamers often have game titles that resonate with them. Gamers will often follow game titles as much as they can but if they do the eventual console jump, it is quite difficult to keep following it. PlayStation has always had a steady number of titles that have remained consistent through the years. The PS4 will still have several games that will be released exclusively for this console like:

Some of us made the big switch from PlayStation to Xbox a few years back—and most of them regretted it. The Xbox controllers were rather large in comparison to the standard PS controllers. It was also a massive readjustment as Xbox does not follow the square, triangle, circle, and x button design.

The colors were also completely different. This made any die-hard PS fan really miss the old controllers. It’s a good thing that while there was some modernization needed for the controllers, the Dual Shock 4 controllers were easier to hold and had the necessary buttons for really intense gaming experiences. They were also made tougher and came with their own recharge cables.

When it comes to building your opinions regarding what you should be buying on the gaming front, it is always best to get the point of view of a gamer. Gamers will not hesitate to tell you the pros and the cons of a gaming system no matter what their personal preferences are.

We hope that the information that we have accumulated above will help you form your own opinion on why you should get your hands on the PlayStation 4. With Christmas coming up, there will be massive bundle options and major discounts available. When December rolls around, will you be getting one? 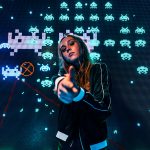 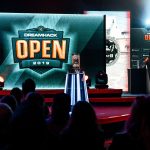 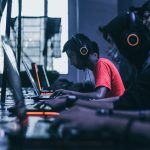 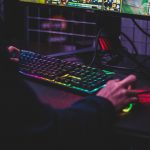